An exceptional ruby-and-diamond ring once owned by Marie José — the last Queen of Italy — is expected to challenge the price-per-carat record for a ruby when it goes under the hammer at Sotheby's Geneva on November 11. 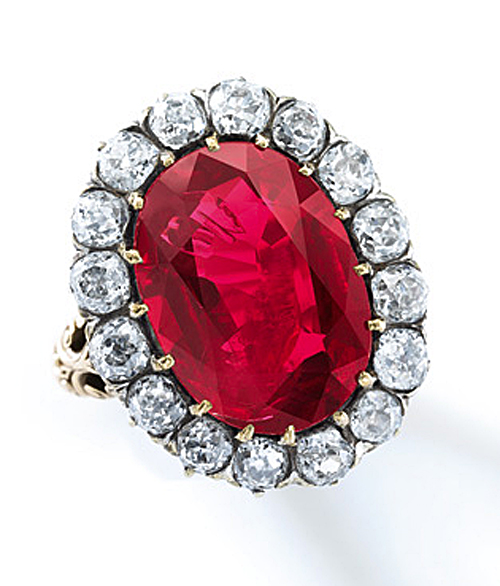 The Burmese ruby, weighing 8.48 carats, carries a pre-sale high estimate of $9 million ($1.06 million per carat). If the ring ends up selling for $10.17 million or more, it will eclipse the astonishing record set by the Sunrise Ruby this past May.

That ruby weighed 25.59 carats and fetched $30.3 million ($1.18 million per carat). It was the first non-diamond to sell for more than $1 million per carat and tripled the record for the highest price ever paid at auction for a ruby.

The royal ruby to be featured at next month's Magnificent Jewels and Noble Jewels sale in Geneva was gifted to Marie José by Tammaro de Marinis, a famous merchant and collector of antique books, on the occasion of her marriage to Italy's Crown Prince Umberto in 1930. Born in 1906, Marie José was the youngest child and only daughter of Albert I, King of the Belgians. 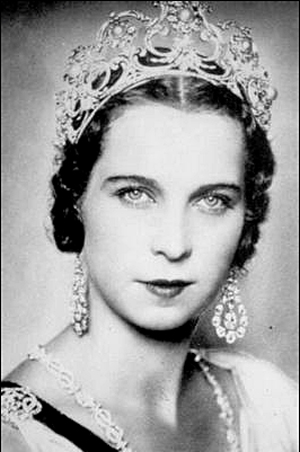 Admired for her elegance and beauty, Marie José's reign as Queen of Italy lasted only 35 days. It was cut short by the political turmoil surrounding the events of World War II and the subsequent abolition of the Italy's monarchy in 1946. Marie José lived in exile in Portugal and Switzerland, and passed away in 2001 at the age of 95.

“The 'Queen Marie José Ruby Ring' is a magnificent jewel of exceptional quality with truly outstanding royal provenance," noted David Bennett, Worldwide Chairman of Sotheby’s International Jewelry Division. "Its 'pigeon’s blood' color is sumptuous — the perfect jewel for a queen — and the jewel’s history, coming from the jewelry collection of Queen Marie José, of course, adds enormously to its romantic appeal.”

In its report, the Gemological Institute of America stated, "Any Burmese ruby in excess of 5 carats is considered very rare even today; thus, in the 19th century, one such as this — being over 8 carats and such a fine color — would have been held as truly exceptional.”